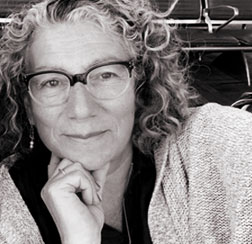 Ann Bernier has been an independent producer since 1999. Ann was Director of Operations and Development at imX Communications Inc., which produced such award winning coproduction films as Margaret’s Museum staring Helena Bonham Carter, Love and Death on Long Island staring John Hurt and Jason Priestly, and New Waterford Girl.

She was the Canadian Producer on Dominique Cabrera’s Folle Embellie. She produced The Wild Dogs by Thom Fitzgerald and the feature documentary Damage Done: The Drug War Odyssey. Ann was the Executive Producer on Rohan Fernando’s feature film Snow. She was co-producer on Donna Davies’ feature documentary film Fanarchy produced for TMN, HBO Canada and Epix. She was producer with John Walker on his feature documentary Quebec My Country Mon Pays for the documentary Channel and is working on John’s next film Assholes: A Theory. She and her partner Chris Zimmer are also developing a number of projects including two television series, an animation feature Koati and local feature Monica’s News. 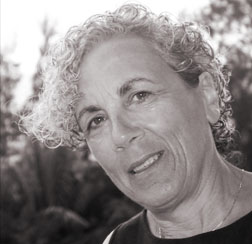 Researcher Valerie Mansour has worked on over 35 film documentaries and television series. She uses skills learned as a print and broadcast journalist to: research film topics; help to develop storylines; locate potential interviewees; invite, and sometimes convince, interviewees to participate; conduct pre-interviews; and write research reports. She also does visual research, and writes and edits treatments. Recent credits include: researcher on Decoding Life: The Epigenetic Revolution; Body Language Decoded; Forever Young; story producer and field producer for Keeping Canada Safe and Keeping Canada Alive; researcher for A TV Renaissance. Beyond the film world, Valerie writes profiles for the Immigrant Services Association of Nova Scotia and does freelance editing. She is editor of Nova Scotia Cookery Then and Now, published in 2017.

Robert Sandler has over 40 years of experience Executive Producing, Producing, Directing, Story Editing and Writing for ever genre of television.

Sandler’s company Creative Anarchy, was instrumental in creating the pioneering docudrama series Exhibit A: Secrets of Forensic Science and the follow up, 72 Hours: True Crime. Among other series under this company, Sandler helmed, Extreme Clergy, My Pet’s Gone Viral, and Real Voodoo.

Prior to Creative Anarchy, Sandler was a Writer-Story Editor on the prime-time drama series Traders as well as Street Legal and in children’s television, Jim Henson’s Fraggle Rock, Sharon, Lois and Bram’s The Elephant Show and Canada’s first kid-com, Eric’s World.

In addition, Sandler was head writer on The Wayne and Schuster Comedy Hour, co-wrote Toller Cranston’s Dream Weaver, winner of the Golden Rose for Best International Varity Show at the Montreaux Television Festival, and Jeff Hislop’s Dancing Man which was a Gemini Nominee for Best Variety Writing. In 1987, Sandler conceived and edited Northrop Frye: On Shakespeare, which won the Governor General’s Award for Non-Fiction. 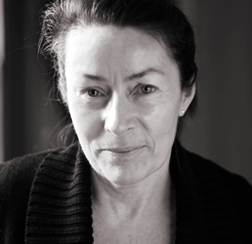 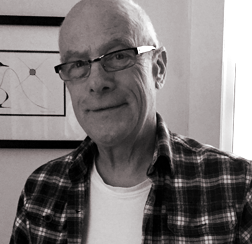 Jim has been recording sound for film and video since the mid-seventies, starting with The Codco Document, and The Adventure of Faustus Bidgood.

Since then he has recorded production sound for the NFB, CBC and many TV movies, series, feature films, and commercials.

He has recorded several films with John Walker including Place of the Boss: Utshimassits, Passage, and of course, Assholes: A Theory. 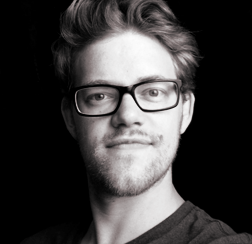 Hundreds of rolls of still film, terabytes upon terabytes of data, and far too many recharged batteries have created visual muscles ready to lift ideas to audiences. Over the past decade Paul has shot, commercials, TV shows, documentaries, short films, and a feature. Commercial work for clients include, Intel, McDonalds, Ford, and the Federal Government of Canada. Narrative work for Red Bull, Discovery ID, History, and PBS. 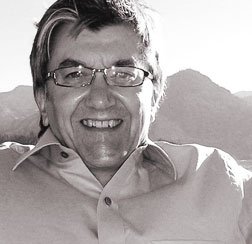 Jeff Warren has been a film editor in Canada for more than 30 years. He freely moves between feature films, television drama and feature documentaries. Assholes: A Theory will be his sixth collaboration with John Walker.

He has won two Hot Docs Awards, three Gemini Awards, four Directors Guild Awards and a Genie Award for editing. He has been nominated many more times, including an Emmy nomination in the U.S. 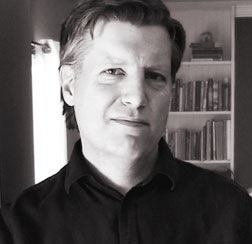 Ron McDougall is an award-winning graphic designer and filmmaker/animator based out of Halifax, Nova Scotia. He’s written and directed several short live-action and animated films that have screened at a number of festivals. These include the award-winning documentary Scars & Relics and the animated short, Alien Love Story (Best Atlantic Animation – 2015 Atlantic Film Festival). Other recent animated work includes Amanda Strong’s Mia, and The Cocksure Lads, the feature film debut of Murray Foster (Moxy Fruvous, Great Big Sea). Ron is also a two-time participant of the Atlantic Filmmaker’s Cooperative Film 5 Program, once as producer for Driven, and once as writer/director for A Change in Tempo. 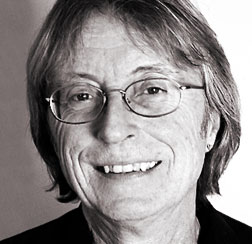 Sandy Moore has collaborated with John Walker on previous films, Quebec My Country Mon Pays and Arctic Defenders. Moore’s scores for film span almost 30 years. His first feature film was The Midday Sun in 1989 and since then he has received awards for documentaries Folk Art Found Me (1984), The Illuminated Life of Maud Lewis (1989), and Best Original Score at the Atlantic Film Festival (2006) for Dinner for One. He was nominated for a Genie Award for Thom Fitzgerald’s The Wild Dogs in 2002.

His work with award winning filmmakers, choreographers, playwrights and musicians has made him a versatile and innovative composer. His music has premiered in many countries – including China and Japan.

Moore’s work on the Trudeau miniseries (2002) garnered this review from the Globe and Mail: ‘Music is used with great skill to establish a time and propel the story. Often it’s eerily perfect and moving.’ MacLeans said ‘Scene after scene is heightened by a superb soundtrack.’ 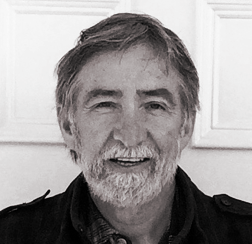 Alex Salter is an award winning sound designer/editor who has worked in the Canadian film industry since the 1980’s. His list of credits includes documentaries, feature films, and TV series. In addition to sound design Alex is also an accomplished location sound recordist. Between recording and editing sound he has over 80 National Film Board credits alone. Some of the awards he has acquired are, a Gemini for Best Sound on John Walker’s Men of the Deeps, and also 4 Gemini Best Sound Nominations.

Alex’s combination of location and post production experience has given him the ability to master the art of sound for picture. 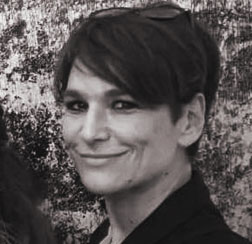 Born and raised in Italy, after having lived in several spots both there and abroad, Elena is now based in Milan. In love with words since childhood, she has always worked in the publishing industry in a variety of roles — from dictionary writer to in-house editor and literary translator — for such authors as Andrew Sean Greer, who was awarded the 2018 Fiction Pulitzer Prize. In recent years she has acted as a researcher and as a “woman in Havana” for Canadian feature-length documentary films, such as Theater of Life (San Sebastian 2015, Berlin 2016) and Assholes: A Theory. On the side, she was known as one of the best Airbnb hosts in Italy and — yes — in the world for several years, which she often is tempted to consider her most prestigious badge of honour.